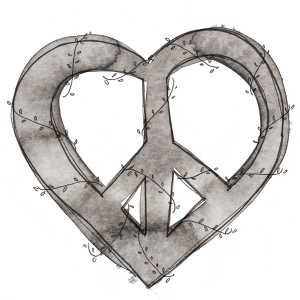 I remember listening to songs of peace as I grew up. The songs were needed back then, they have been needed all along and they are needed now. I can not turn my eyes from what is happening right now. I can not stop my self from expressing what I feel. I want to sing for peace with the power of music. I want to sing together with everyone of you who is fighting for to make this world a better place!

I see a war from the other side
(Lyrics and music D. Saarela)